TSO, The South Oracle, a photovoltaic engineering company and pioneer of self-consumption in Spain, is in charge of designing and providing, with its ultralight solar panels, the plant that will supply solar energy to the Spain Pavilion at Expo 2020 Dubai, the first Universal Exhibition to be held in the Middle East and which will be inaugurated on October 20th. This initiative comes after the sponsorship agreement reached with Accion Cultural Española (AC/E), which is the public company responsible for managing Spain’s presence at the Universal and International Exhibitions. 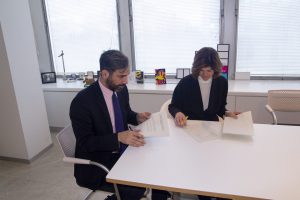 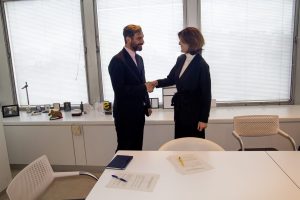 Continuing its mission to socialize solar energy, TSO is doing its part to make the Spain Pavilion at EXPO 2020 Dubai more sustainable through a state-of-the-art photovoltaic plant. To achieve this goal, the solar plant, of about 60 kWp, will be 100% integrated in the avant-garde construction of the building, guaranteeing a zero-visual impact. This fusion between architecture and engineering will be possible thanks to the ultralight solar panel provided by TSO, whose technical specifications (flexibility, weight of about 3 kg/m² and customization) allow its total adaptation to any surface or structure.

TSO’s engineering team is working with enthusiasm on this project, which is a new milestone in its business career, as it is the company of the Spanish photovoltaic sector that will help in the field of energy efficiency in the construction and in the subsequent operation of the pavilion of its country of origin. In addition to representing it at Expo 2020 Dubai as a pioneer in photovoltaic innovation, TSO has also been operating since September 2018 both in Spain and in the United Arab Emirates.

The Spain Pavilion, of about 6,000 m², will be in the Expo district dedicated to sustainability, under the slogan “Intelligence for Life”. It will feature spectacular architecture, highlighted by its iconic strength, circular economy criteria and a design based on the recycling of its materials. It is conceived as a large square covered by a series of iconic volumes, with parasols of different sizes, on which will be integrated the ultralight TSO panels, which will also carry the colours of the Spanish flag.