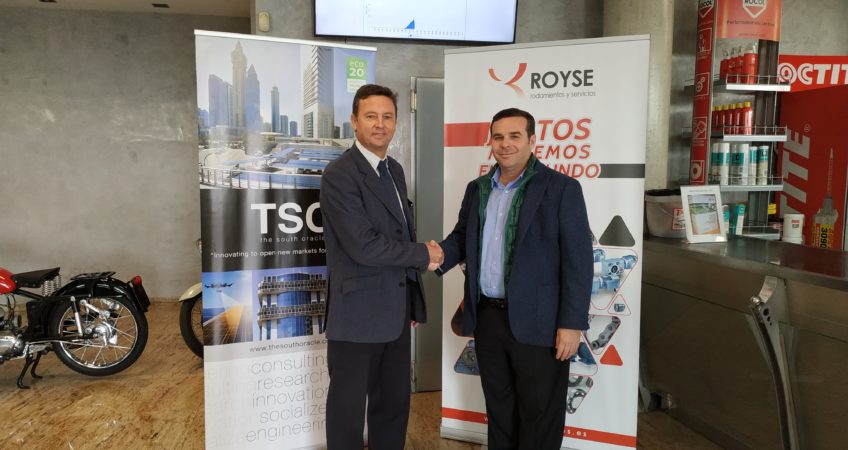 Once again, the ROYSE Group, Bearings and Services, S.L. relies on TSO, The South Oracle, for its experience in the solar photovoltaic sector, to expand its self-consumption offer with the installation of four new solar plants between its delegations of Andalusia and Madrid.

The company, one of the world leaders in bearings, celebrates its 40th Anniversary, joining the energy transition with TSO and beginning a new stage oriented towards environmental sustainability. For this, the total power contracted will be about 30 kWp, estimating an annual production well above 40,000 kWh per year. With this power distributed among the new four photovoltaic plants, ROYSE will achieve a reduction of 16 tons in its annual CO2 emissions, equivalent to 1,066 trees. In addition, the company is committed to energy storage with the installation of innovative batteries offered by TSO, which will allow ROYSE to consume clean energy at night.

TSO is once again the company chosen by ROYSE for the design and installation of its new solar plants, thanks to the quality, profitability and excellence of its exclusive ultralight flexible solar panel, PSFU (eArche®). We remind that the bearing firm has benefited from the energy self-consumption of the hand of TSO since last July, in two of its delegations in Seville capital. Both located in the Parsi Industrial Area, one of 27 kWp and another of 5.3 kWp.

According to the data of our monitoring system, the photovoltaic plant of greater power (27 kWp) has generated savings of 25% in its first six months of life (from July to December 2018). This percentage translates into about 3,000 euros of savings in the electricity bill and a reduction of more than 10 tons in CO2 emissions.