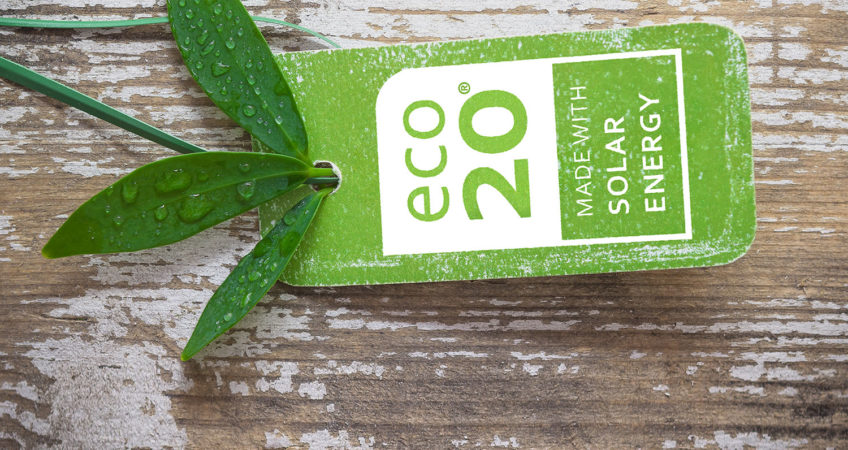 This seal is the only seal that guarantees the 100% solar origin and the CO2 emission reduction of self-consumption solar energy.

TSO, The South Oracle again achieves a milestone in its roadmap as a company specialized in solar energy and, this time, the star is its ECO20® seal, which, in alliance with ECA Grupo Bureau Veritas, makes its application certifiable for any asset, under principles of total objectivity and impartiality regarding the savings in consumption.

ECO20® is the only seal guaranteeing the residential, commercial, service and industrial sectors that the origin of their power consumption is solar energy. This seal proves the clear position in favour of environmental sustainability, because of its double certifying function: on one side, it guarantees the 100% solar originated self-consumption; and, on the other side, it thus testifies the reduction in CO2 emissions.

Furthermore, there are four differentiating ECO20® categories to determine the level of solar energy self-consumption from any installation or power plant. This way, every sector, in function of their solar power consumption, can be certified with the ECO20® seal, proving their level of energy efficiency. To that intent, there exist four distinctive referentials of the ECO20® seal establishing the level of a solar power plant’s renewable self-consumption. The first is the seal itself, aimed to certify those not overpassing 50% of renewable power consumption; the second, labeled as ‘Silver’, credits self-consumption up to 70%; the third, labeled as ‘Gold’, credits up to 80%; and the last category, ‘Platinum’, certifies those solar installations over 80%.

Early 2017, TSO detected the growing interest big multinational companies showed in supplying their power needs with 100% renewable energy through direct self-consumption. Corporations like Apple, Google, News Corp, etc. were installing huge renewable power plants to supply their DPCs and central facilities. The whole initiative is born with the intentino to emotionally connect to their customers and increase their fidelization.

Following the same trend, TSO designed this certification called ECO20®: “Made with solar energy”, based on the compensation of warranties of origin issued by CNMC, for self-consumption solar photovoltaic installations for exporting agrofood companies. But, currently, this concept has been expanded  to other sectors (real estate, health, industrial or services) due to the huge potential it represents. This way, any company, business, industry or residential building consuming solar photovoltaic energy can differentiate from concurrence in a positive manner through the certification offered by the ECO20® seal, improving their policy in terms of sustainability and efficiency, and being part of their country’s energy transition.