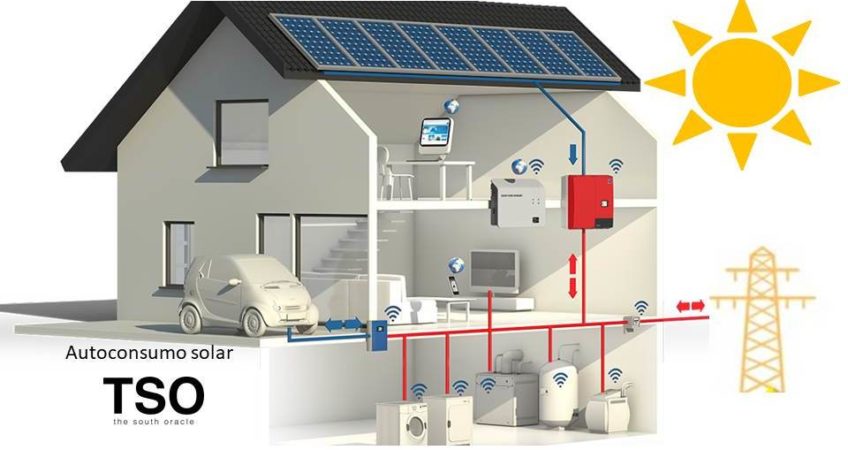 The solar self-consumption allows to produce a part (or the whole) of the electric energy for its direct consumption in our house or business, through solar panels. Since October 9, 2015, with the publication of Royal Decree 900/2015, this type of green energy production, and its electrical consumption, is a legal and profitable alternative, while reducing carbon dioxide emissions.

There are isolated self-consumption installations that are not connected to the mains. However, most of the facilities are connected. In this case, the owner consumes his own green energy produced by solar panels. The excess is poured directly into the net as well, if more energy is required than that produced by the photovoltaic system, it is acquired from the electrical grid. With this modality, you optimize your electricity consumption, being able to save up to 50% in the light bill, besides having access to the electric 24 hours a day.

Although solar energy is based on the use of solar radiation, significant savings are obtained on the bill of light even in less sunny places than the south of Spain, and also on cloudy and rainy days, as the panels are still working.In fact, Germany has more photovoltaic installations than Spain. 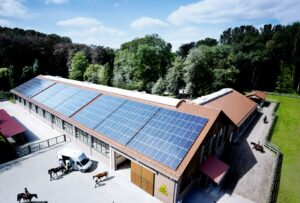 Betting on self-consumption through solar energy means that, part of the energy consumed, is generated by solar panels installed in your business or home. This is transformed into a savings in the electricity bill, a reduction in CO2 emissions and thus contributes to create a greener world. So far, solar panels used to be installed on the roof, but TSO’s ultra-light flexible solar panels also allow for a facade installation.

Solar self-consumption is suitable and viable for any type of company or industry.The economic benefit (savings in electricity consumption bills) is more significant in those that concentrate the largest electricity expenditure during the day. The installation of solar panels for self-consumption provides several benefits in small and large companies, hotels and restaurants, farms, cattle ranches, as well as in schools, business centers and offices. In this way, the economic saving and the lowering of the energy costs is only one point in favor of the solar self-consumption. By creating and consuming green energy, we minimize CO2 emissions, helping to preserve our planet.

In addition, society is increasingly aware of renewable energies, and demands greater environmental commitment from companies.

With the installation of the TSO Solar Kit, you obtain the certification “ECO20 ®: Made with solar energy” which guarantees that during the production process much of the energy used is 100% of solar origin, thus attesting that the production in your company is done with solar energy and therefore adding a differential value to your business. Betting on solar energy increases corporate social responsibility and improves the brand image.

Solar consumption also increases the value of its property by 4% compared to other similar properties. The National Renewable Energy Laboratory (NREL) Even estimates this increase, and according to statistical data, a typical single-family house with a solar self-consumption facility of 2 KW will increase its value by €10,600. Even real estate agencies confirm that a home with solar consumption is sold more quickly.

Spain is one of the European countries where more people reside in blocks of flats. Currently 66% of the Spanish population lives in neighboring communities. To meet the energy needs of the common areas of these buildings, the installation of solar panels and self-consumption are an ideal solution to lower the cost of light.

If you are interested in solar consumption, we advise you on which installation is best for your case, we inform you about the possible incentives and subsidies available and we take care of all the procedures and the technical installation. All this so you can produce your own green energy, with your TSO Solar photovoltaic Kit.